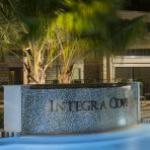 PANTHER PROPERTIES ANNOUNCES THE SALE OF INTEGRA COVE IN ORLANDO, FLORIDA
08/23/2016
Posted By: Admin DreamingCode
Woburn, MA Panther Properties is pleased to announce the sale of Integra Cove Apartments for $60.4 million on June 23rd, 2016. Integra Cove is a newly developed 338-unit Institutional Class "A" apartment community which was completed in December of 2015. It is the second property from Panther's 2013 PPI Fund I to be developed, stabilized and sold. Integra Cove is ideally located adjacent to the main entrance to SeaWorld, immediately off Interstate 4 in the heart of South Orlando. Construction began in February 2014, and was completed in December 2015.
Read More